Children’s TV has been part of my life for over a year now.

I should rephrase. Modern day children’s TV has been part of my life for over a year now and I am on a journey of rediscovery.

I loved it as a kid… Play School, Words and Pictures, Moon Cat, Ivor the Engine, Chocablock, Pigeon Street, Sesame Street, Friday Film Special, the Broom Cupboard, Going Live. Anyone? For someone who grew up in a little village in the middle of the North Yorkshire countryside, there wasn’t much else to do. Apart from feeding grass to the chickens who seemed to live in a caravan up the road, playing out on our bikes and the fortnightly visit of the mobile library van… TV was our favourite form of entertainment and our only country-bumpkin-connection to the outside world where, evidently, big yellow birds roller-skated, Trevor and Simon swung their pants and Jemima was always favoured over poor old Hamble.

But, as many will remember, there wasn’t much of it in those days, just a few hours in the day dedicated to kids and spread sparingly over the four existing channels. My sister and I treasured it so that we’d race inside, dumping bikes and even friends as we rushed to the sofa to see which letters and number Big Bird and Mr Snuffleupagus would bring to us today.

To say I was an early telly addict would be an accurate deduction. In fact, it would also be accurate to say that this was the reason why I went to work in the TV industry. TV was such a beacon of light in my little life that it seemed natural to go in search of the wonder, the smoke and the mirrors the minute my world got a little bigger. In fact, I remember saying, very arrogantly, to my sister as we watched an intrepid Blue Peter presenter abseil down the face of BBC TV Centre, “I can’t wait to work there”. She rolled her eyes and said, “How do you know that’s where you’ll end up?” She hated Blue Peter. So when I went to my first pitching meeting there I couldn’t help but call her from reception. “Guess where I am?” I said. It was a grown-up sisterly ner-ner-neh-ner-ner.

Cut to a few years later and I’m having a career break from TV, concentrating on looking after our little girl and loving every minute of it. And do you know what? The world of children’s TV these days is even more of a wonder, not only because I now know how bloomin’ hard the people behind the scenes work but because of the variety and just how engaging and non-patronising it is. And I learn as a parent… I have to confess, I do actually watch most of it. It’s not just something that’s on in the background for the little lady’s benefit only – I genuinely enjoy it. And it’s not just me; I even caught 14 year-old step-daughter, Sunflower, alone in the living room rewinding Rastamouse so she could learn the words to the theme tune. And Justin and Mr Tumble have taught me more Makaton sign language than I can shake a spotty bag at. It even helped me communicate to a deaf shop assistant in Marks and Spencer the other day. I felt very pleased with myself for signing ‘thank you’ – although, disappointingly, I didn’t manage to work ‘giraffe’ into the conversation.

Now, after a year of Cbeebies and a spattering of Milkshake, the repeats are starting to kick in, but we’re still entertained and, like Daddy Pig, I’m starting to be a bit of an expert. I say things like, ‘Oh, this is the episode where Sarah and Duck go bobsledding with Scarf Lady…’ and no-one in the house bats an eyelid.

Other favourites have to be Old Jack’s Boat with the lulling story-telling cosiness of cuddly Wombly Bernard Cribbins; Charlie and Lola with their fabulous episode titles such as, “I am Extremely Absolutely Boiling” and “I Slightly Want to go Home”; even Topsy and Tim have a certain annoying charm as they take me back to the books I used to read as a kid.

And my all time favourite character? Scarf lady’s sarcastic Mancunian bag in the wonderful Sarah and Duck.

I also have massive respect for the continuity presenters. I think our favourites have to be the ever-smiley Cat, Andy and Alex. The new arrival of Aneta had us all wondering to start with (what’s her accent?) but it turns out she’s popped across from the Cbeebies Poland channel – I didn’t even know there was one!

But I do worry that Andy’s going to get found out with all his moonlighting. How much longer can he hold down a job in the safari park, one at the national museum and a career singing, dancing and rapping badly in the Cbeebies studio? And if Hatti and Mr Pickles only knew what he got up to when they’re not looking I think his adventure days would be numbered.

I could go on about Cbeebies for so much more but, as my friend said to me the other day, ‘You watch faaaaaaar too much TV’. She’s right. But I’d like to think it’d help with my career when I return. ‘Think of it as research’, I tell myself. The prospect of working in Children’s TV is looking more and more attractive.

It’s not all sweetness and light mind you: the squeaky, farty Pontpines; Mr Maker’s manic manner and obsession with googly eyes; Tofu Tom, as I call him; and Peter Rabbit’s mid-episode power ballads that would have Beatrix Potter turning in her grave… But all in all our kids have got it good. So in order to leave on a high, fellow parents, I leave you with a few interesting gems, ponderings and queries about the wonders of children’s TV. Please feel free to bring any answers or add any factoids that will have me reaching for my IMDB app. Baby Girl and I haven’t graduated to CBBC or CITV yet, but I’m sure there will be more to discover on our journey through telly wonder. Now if I can only find the remote, we really ought to go out for a walk to feed the ducks and splash in some muddy puddles.

Can you tell me…

Well that’s all we’ve got time for today. It’s time to go. We hope you had fun. Come back and play another day. 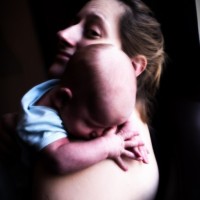 Even in a kilt.

By Appointment to HM the Queen: Coco Pops

Diary of A Tired Mummy
Noah & the Girls
befabulousby40

Striving to be me again, and raise two children well, by the age of 40!

The travellings of Bella and her folks!

The many jumbled boxes where I collect my thoughts, rants and affirmations